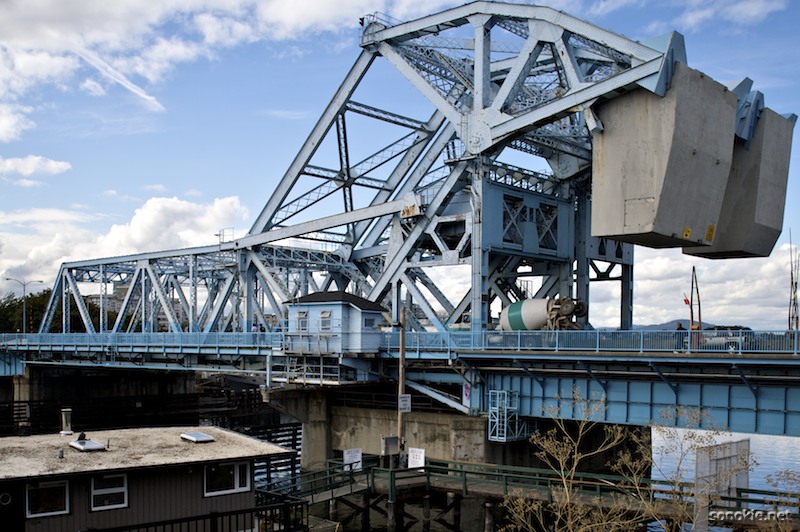 The blue bridge is due to be replaced soon for $63 Million, so I took a whole bunch of photos of it the other day. I think of them as 'before' shots. You can imagine the 'after' shots if you just picture a flat concrete slab stretching from one side to the other.

You might think $63 Million is a lot of money for Victoria to spend, but it's the least we could do for property developers who are spending so much money on new buildings just on the wrong side of the bridge from downtown. The new bridge will help them convince potential buyers that they're just a short drive from the big city lights. $63 Million might be a lot for the mayor to spend, but it's not coming out of his wallet and anyway, property developers (like the one on the Citizen's Advisory Council for the bridge replacement) are sure to be very grateful to him. I don't know how many favours $63 Million buys, but I bet it's a lot.

I like this particular photo because it shows the size of the bridge (compared to the cement truck) and the lift mechanism is apparent. I'd like a shot like this with the bridge open, so I might do that if I have some free time.

I had planned to post more shots from my UK trip, but I've been too busy and distracted to edit them. I may post some more shots of the bridge instead, we'll see.