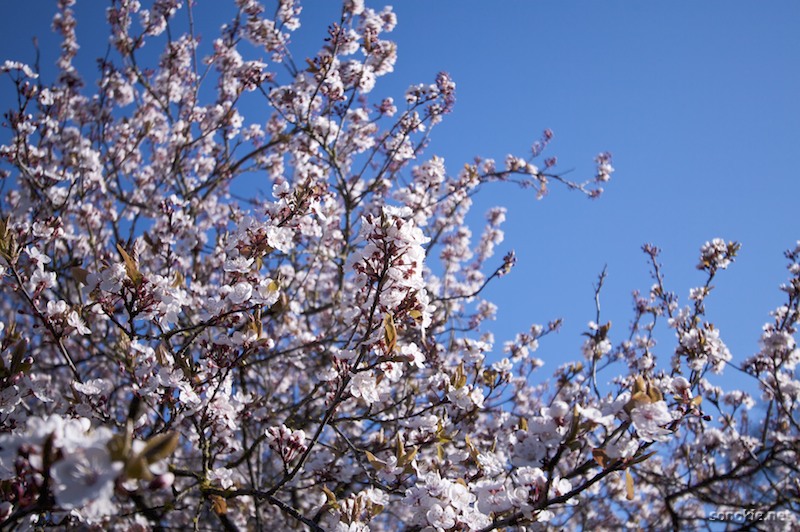 Blossoms are beautiful and I enjoy walking on tree-lined streets on sunny Spring days when the blossoms are out.

Torture is something very ugly. I haven't tortured or been tortured and I wouldn't like it. CIA agents in the US have tortured people, only they had a special memo written by Jay Bybee which said torture isn't really torture. I know it's torture, they knew it was torture and Jay Bybee knew it was torture too, but they were just following orders and anyway, the special memo said this torture was really "enhanced interrogation" which is something totally different. Now Obama has come out and said that even though torture is a crime, the agents who committed torture won't be charged under the law because they had a special memo.

These special memos sound really useful. I'm not interested in torture, but suppose I spend the weekend sitting around the house and I'm feeling lazy — I can just write a special memo saying that sitting on the couch is actually "enhanced exercise". The deadline for taxes is only 10 days away and I haven't even started. Obviously I need a special memo explaining that I have an "enhanced deadline" for my taxes a month or two from now. My only question is: can I write these special memos myself, or do I need to get someone like Jay Bybee to do it for me?