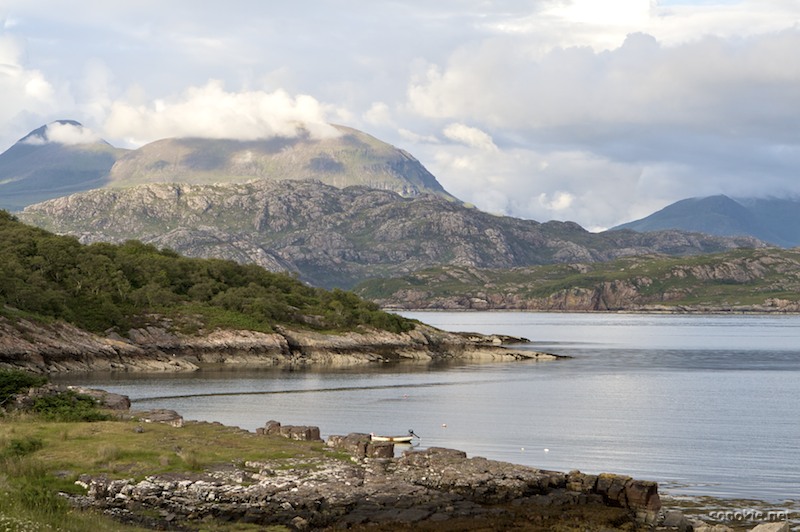 Scotland might be described as picturesque, which might be taken to mean that it's best seen in pictures. I present for your viewing pleasure: a picture of Scotland! It's a quiet, peaceful place where a person such as myself -- who isn't fond of crowds of people -- might quietly reflect and realize that they are, in fact, much more fond of crowds of people than they previously realized. Also, I was briefly cured of my internet addiction and simultaneously reacquainted with my former love of books.

The water in the picture is Loch Torridon which is directly connected to the ocean, so in Canada we'd refer to it as a bay. I tried to hike around the rocky point there in the middle of the photo, but it's actually quite steep so I had to stop half-way along as there was no place left to walk. I climbed up the hill after that and took some great photos looking back to where this photo was taken. I'll post some of those photos soon.