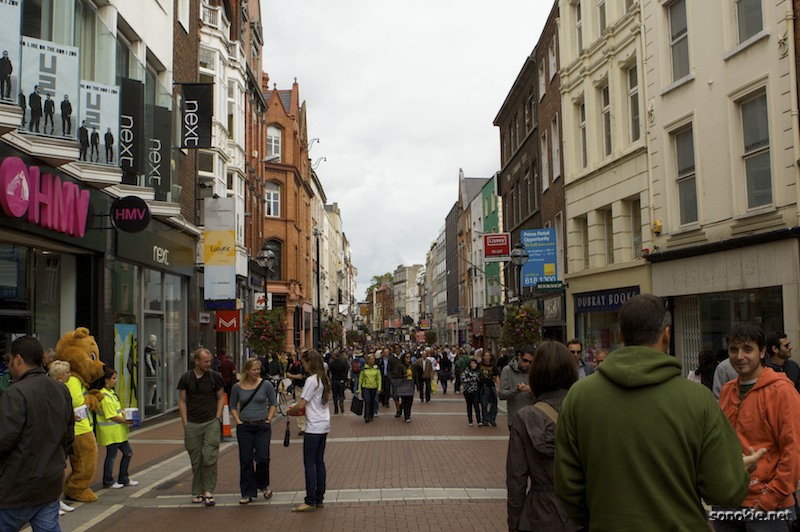 A street scene in Dublin. We decided to visit Dublin because we were a bus ride away in Northern Ireland. When we arrived, we found out that U2 had played two concerts and was playing one more the next night. I'm not sure if that's why the U2 banners are hanging above HMV, but all the pubs were playing U2 music. That's also why our hotel had only one room available for the first night and when we asked at other hotels they were fully booked or had one room left, but wanted over €200 for it! We finally found a reasonably priced hotel a short walk away by searching the internet. That night we heard U2 live ... while we walked down the street outside the stadium trying to buy tickets with a few thousand other people. There weren't any tickets to be had though, so we drank a few pints in a little pub nearby and watched U2 concert DVDs.