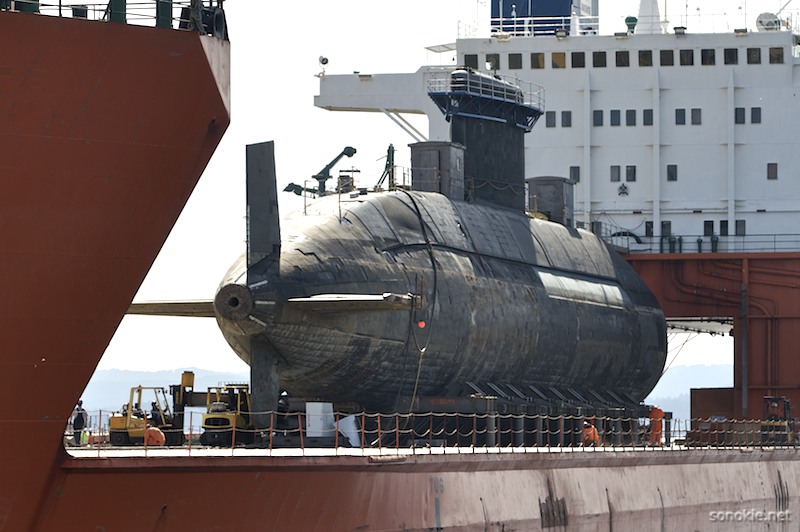 Having heard about HMCS Chicoutimi in the news, when I saw this submarine at Ogden Point I was almost certain it is the same ship. This is the sub that became famous when it took on water, caught fire and a crew member died shortly after it was bought by the Canadian Navy from the UK. It will be moved to Esquimalt for the next two or three years for an overhaul, which is roughly the three years it originally took to build. Though it was completed 23 years ago in 1986 it has been only been active 4 of those years, during the early 90's. I can't be the only person wondering if this was a good investment for the Canadian Navy.