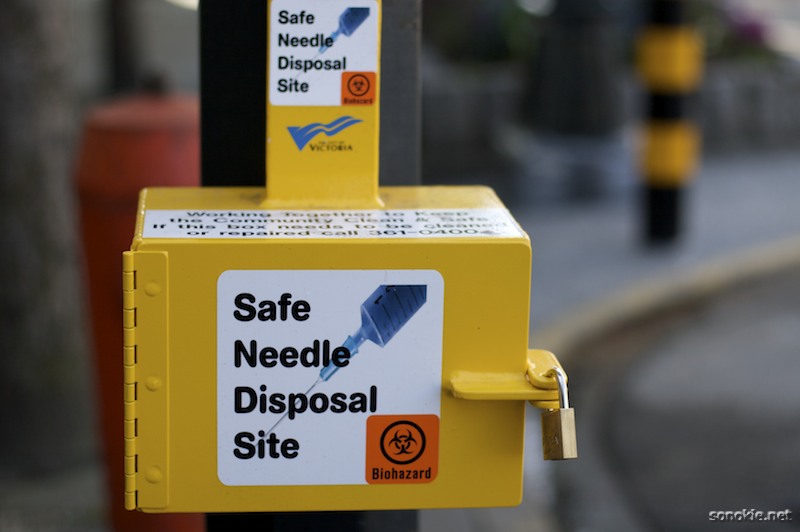 Just before taking this photo last year, my thoughts were, "What? There's a box especially for disposing of used drug The safe injection site here in Victoria closed and wasn't able to find a replacement building, so they drive around the city or something now. I don't like boxes for needles on my street, but I prefer these to needles stuck in telephone poles. The boxes don't seem very useful unless addicts happen to be shooting up nearby and also considerate enough to dispose of their needles.

This is such a horrible issue. The most obvious solution I can see is not doing drugs, but that's hopelessly naive because people are doing drugs even though it's illegal. If we made drugs super-illegal, would people stop then? No? What if we really punish them good when they're caught doing drugs? No, that won't work either? You know what? I don't care if people do drugs. Really. People do all sorts of dumb things, but I'm not their Father, so I'm not going to run around punishing them for things I don't like. They can do whatever they want to themselves -- it's none of my business. I just don't want dirty needles on the street, and since I haven't seen any since the one in the telephone pole last year, I'm okay with that.