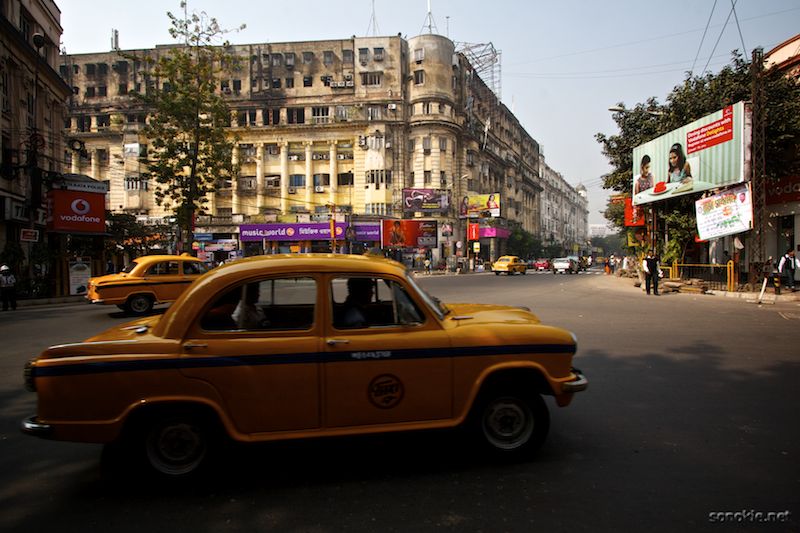 where the streets have two names

I can tell this photo was taken in the morning because of the direction the cars are travelling. In the afternoon, this and some of the other one-way streets in Kolkata switch direction. Another interesting fact is that foreground taxi is heading towards Free School Street, which is also called Mirza Ghalib Street. The street the other cars are on is called Park Street or Mother Theresa Sarani. Just like the city itself, which used to be called Calcutta and is now Kolkata, the streets have two names.