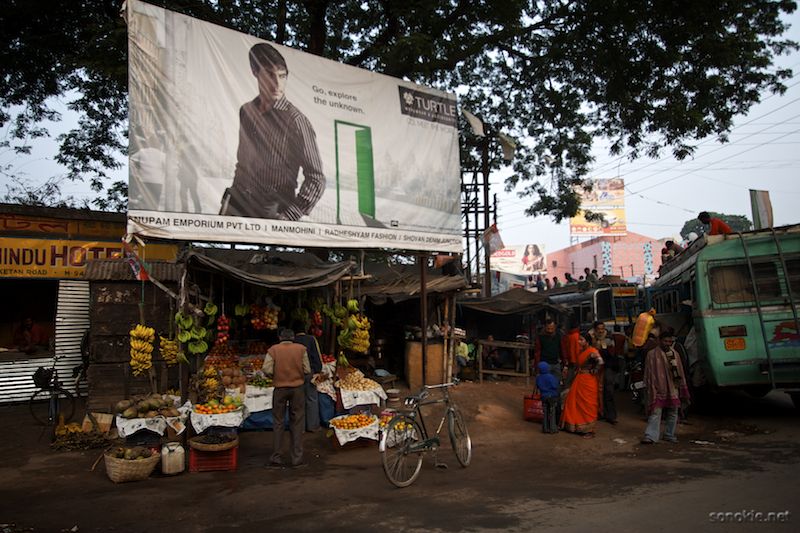 The billboard directs us to explore the unknown, and that's a great way to describe a visit to India. The unknown is down every street and around every corner waiting for you to come and explore.

I like the contrast between the billboard, which mimics Western culture, and the rural fruit and veg shop. India is a mix of old traditions and a strange version of Western culture. I find it quirky and funny, and just a little jarring. It's odd because they don't quite get Western culture right despite trying pretty hard, and I prefer the traditional Indian style anyway. I avoid eating at McDonalds at home because I prefer real food and I dislike massive corporations, and we avoided it in India too (in spite of a mild curiosity) for the same reasons. McDonalds and similar fast-food restaurants seem pretty popular there, and I worry that they're gradually changing Indian culture and food. However, India survived invaders before, so they'll probably be fine. They take the best from each culture they encounter and mix it in with their existing way of life. America is described as a melting pot, and I would describe India as a curry with a variety of different spices.